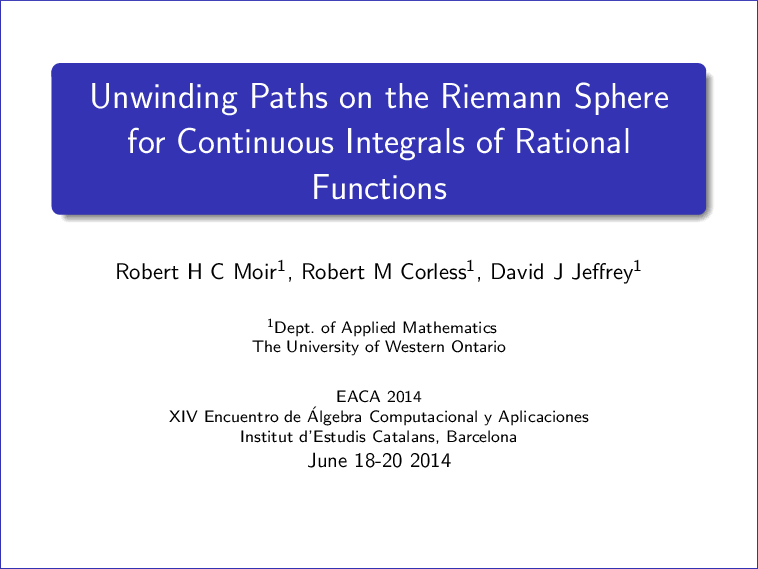 The following is a list of the talks that I have given in both mathematics and philosophy.